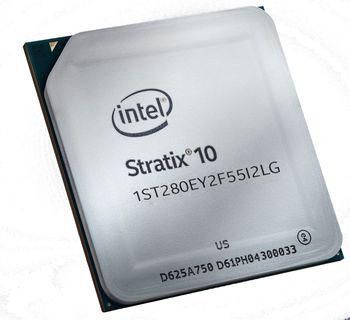 - As we continue to deliver product innovations and capabilities that allow for higher data and processing speeds critical for networking and data center applications, this is a powerful example of how Intel FPGAs bring real value to our customers, says Dan McNamara, Intel senior vice president and general manager of the Programmable Solutions Group.

- The 400Gb Ethernet and QSFP-DD market is evolving at a fast pace. And being first to market with a portable solution is instrumental to enable the transition from lab to the field. We were excited to work closely with Intel to deliver our next-generation test module with the only production FPGA technology supporting native 58Gbps PAM4, says Ildefonso M. Polo, vice president of Product Marketing at VeEX.