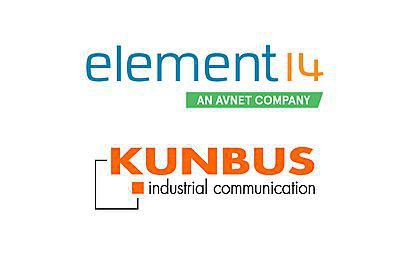 Farnell has signed a new distribution agreement with KUNBUS to further enhance its portfolio of solutions for industrial automation and control applications. Design engineers can save time and money when using the devices, gateways, and expansion modules in the KUNBUS portfolio to implement Industry 4.0 into their business.

Farnell customers now have a broader range of solutions when designing automation and Industrial Internet of Things (IIoT) projects. The extra functionality offered by the digital and analogue expansion modules and gateways from KUNBUS also facilitate retrofitting.

The portfolio of products from KUNBUS are now available for fast delivery from Farnell, including:

- RevPi Connect+: Powered by Raspberry Pi Compute Module 3+, the device offers users maximum freedom when designing and implementing IIoT projects due to the open platform concept. Two Ethernet sockets enable the device to be simultaneously connected to the automation network and IT network, allowing it to transmit machine data from the shop floor to the cloud or a higher-level IT system. RevPi Connect also features two USB sockets, one micro-HDMI socket and one micro-USB socket.

- Digital and Analog I/O Modules: The range of digital and analog modules can transform Revolution Pi into an industrial control unit when connected to the base module RevPi Core. Three versions are available: a standard version with 14 digital inputs and 14 digital outputs, and two special versions that have either 16 digital inputs or 16 digital outputs. All are fitted with the same 28-pin I/O connector at the front.

- The RevPi Analog I/O (AIO)expansion module adds four analogue inputs, two analogue outputs and two RTD channels to a Revolution Pi system. Inputs, outputs and RTD channels are galvanically isolated to each other and to the logic circuit. RevPi AIO is protected against interference according to EN 61131-2 requirements and may be operated from -30 °C to+ 55 °C ambient temperature.

- Modular Gateway Solution Series: Enabling continuous and reliable communication between different networks and systems, the Modular Gateway Solution Series from KUNBUS effectively converts all data that a target network can transfer. It omits non-transferrable data and adds necessary data in the new network to ensure communication from one closed network to another. Compact plug-and-play DIN-Rail mounted protocol converters may be added to connect one network to another and are simple to exchange as required.

Romain Soreau, Head of Single Board Computing at Farnell, explains:
- We are delighted to add KUNBUS to our portfolio. They are a significant addition to our ever growing offering of SBC solutions for industrial automation and control applications. KUNBUS offers a platform that further extends the performance and simplicity of the Raspberry Pi to industrial environments with the added benefit of enabling our customers to retrofit to existing systems which is a challenge in most sectors.