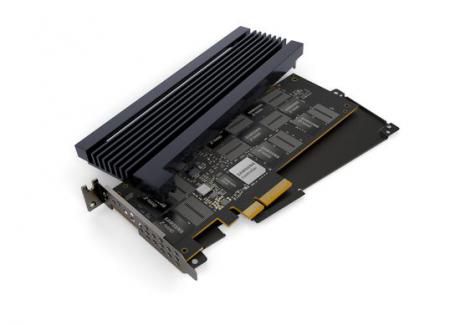 Developed in 2017, the new 800GB Z-SSD provides the most efficient storage solution for high-speed cache data and log data processing, as well as other enterprise storage applications that are being designed to meet rapidly growing demand within the AI, big data and IoT markets.

- With our leading-edge 800GB Z-SSD, we expect to contribute significantly to market introductions of next-generation supercomputing systems in the near future, enabling improved IT investment efficiency and exceptional performance, says Jinman Han, senior vice president, Memory Product Planning & Application Engineering at Samsung Electronics.
- We will continue to develop next-generation Z-SSDs with higher density and greater product competitiveness, in order to lead the industry in accelerating growth of the premium SSD* market.

Armed with some of the industry’s most advanced components, the 800GB Z-SSD features 1.7 times faster random read performance at 750K IOPS, and five times less write latency – at 16 microseconds, compared to an NVMe SSD PM963, which is based on 3-bit V-NAND chips. The Z-SSD also delivers a random write speed of up to170K IOPS.

Due to its high reliability, the 800GB Z-SSD guarantees up to 30 drive writes per day (DWPD) for five years, or a total of 42 petabytes. That translates into storing a total of about 8.4 million 5GB-equivalent full-HD movies during a five-year period. The reliability of the new Z-SSD is further underscored by a mean time between failures (MTBF) of two million hours.
31/1 2018
Produktlinks
Find din leverandør: