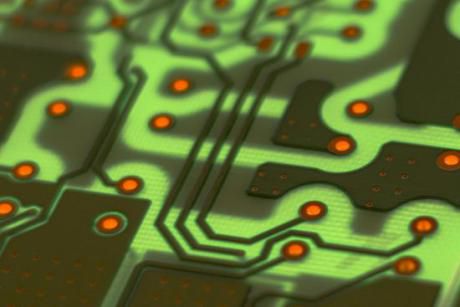 Started early in 2017, the two PCB fabricators Würth Elektronik and FELA with their sites in the land Baden Wurttemberg, have been jointly re-searching on PCB technology digitization. Prototype results in July were encouraging already – in October both partners dispatched first serial or-ders of their respective pilot projects.

The s.mask technology pushed by FELA and Würth pursues an approach of coating a defined functional surface by 3- D print, independent of varnish and machine fleet. This is - from both companies‘ perspective – the best starting point for gradually digitizing PCB production and its inherent processes.

Initial material tests and examination results prove a tremendously im-proved accuracy and various options for an application-specific mask definition. Both offset and basic tolerance ranges can be significantly re-duced that way.

Especially the individual surface design allows consideration of customer demands and special requirements, e.g. on dielectric strength values. S.mask as the first and sole technology in the PCB sector allows for direct coating of even more than just one layer of defined and precisely designed dielectric.

First trial series on soldering processes brought another outstanding per-formance to light: Notable improvement could be achieved for most of soldering and assembly issues previously known. Should these observa-tions be confirmed during the test runs envisaged for early 2018, they would yield immense benefits. Both partners are expecting concrete statements for mid of 2018 already.

Norbert Krütt, managing director of FELA in Villingen-Schwenningen, is highly satisfied with the outcomes achieved so far:
- The digitization of PCB technology represents a real quantum leap under technological aspects. Functional coatings respectively dielectric are no more generously dispersed like with a watering can but rather utilized in a targeted manner for realizing benefits in downstream processes at both stages, within the PCB production and those at our customers’ sites.

Beside the advantages in precision and performance, first pilot projects also show an upgrade of the PCB protection, turning out well through gentle application of the functional coating as well as reduced quantity and kind of the chemicals deployed.

The cooperation is conducted at all levels, from top management via R&D up to shared communication. Andreas Gimmer, managing director of Würth Elektronik CBT in Schopfheim, says:

- Since the time we started our cooperative partnership, it has been seen that the way our companies are working together provides multifarious synergies. We expect economic success for us, but also find that common research and development is simply pleasure.
14/12 2017
Produktlinks
Find din leverandør: