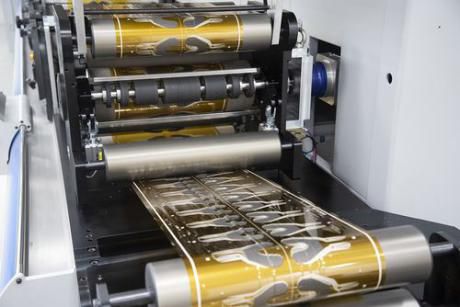 InnovationLab, an expert in printed and organic electronics, has announced a partnership with Heidelberger Druckmaschinen AG (Heidelberg), world market leader in the manufacturing of printing presses, that will result in the mass production of inexpensive printed and organic sensors, freeing companies to design and produce low-cost customized pressure sensors on an industrial scale for the first time.

According to IDTechEx, the market for printed sensors, which includes both organic and flexible sensors, will reach US$4.5B by 2030 - opening new use cases in automotive, healthcare, supply chain logistics and other markets. Meeting that level of demand, however, will require a new approach to the design-to-production process of sensors.

- Embarking on the development and industrial production of printed and organic electronics represents a milestone for Heidelberg and for Germany as an industrial player. As we see it, our involvement in this production of high-tech sensors opens up the potential for growth in the two- to three-digit million euro range, says Rainer Hundsdörfer, CEO, Heidelberg.

- Our partnership with InnovationLab allows us to offer customers quality of design, reliability, a lower bill of materials, and the highest imaginable volumes. In fact, we have the capacity to produce enough sensors to cover a tennis court every hour under a reliable three-shift production system.

- The first step to the widespread adoption of printed and organic sensors is good design, which is one of our historic strengths, says Luat Nguyen, managing director, InnovationLab.

- The second is reliable, high-quality volume production. Our collaboration with Heidelberg fulfills both requirements, enabling us to provide a one-stop shop for printed and organic electronics. Now we can give customers a quick transition from design and feasibility studies through market entry, all the way to mass production. This is our unique Lab2Fab concept.

Advantages of printed and organic electronics

Until recently, companies have manufactured sensors using conventional semiconductor foundries, which rely on a nine-step process to fabricate each sensor. While well-established, this approach has several downsides: Design-to-production cycles are slow, iteration is costly -  as is the per-sensor price - and choice of substrate is limited to rigid materials such as silicon, making such sensors unsuitable for many use cases.

- Sensors can be printed on flexible, even biodegradable materials, such as textiles - introducing new use cases such as foils of printed sensors that wrap around car batteries to monitor battery health in real-time as well as printed sensors in bandages that monitor the pressure on or moisture of a wound. Printed flexible sensors on food items can both track supply chain conditions like compliance with the cold chain.

InnovationLab offers an ISO 9001-certified facility that utilizes processes that conform to the IATF 16949 automotive quality standard. Customers have the choice of two production sites, both offering clean rooms, which is important for the quality and reliability of the printing process.