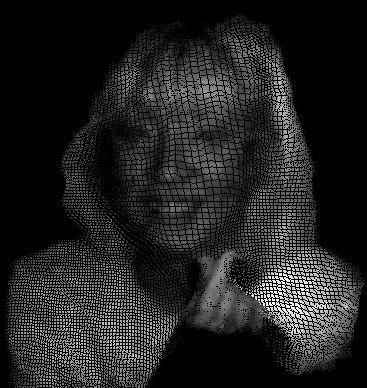 At CES 2020, Artilux, an innovator in photonics and electronics technology, will be unveiling its Explore Series, the world's first wide spectrum 3D ToF (time-of-flight) sensor based on GeSi (germanium-on-silicon) photonic innovation.

Operating at longer NIR (near infared) wavelengths, the sensor can be used in the area of the spectrum that is more than 10 times safer than the currently-used 940nm wavelength, as well as improving sensing accuracy and performance under sunlight.

The demo, being shown live for the first time, will include a RGB-D camera for logistics applications and robot vision, and a 3D camera system that can operate at a longer wavelength. The sensor is projected to enter mass production in Q1 2020 and targets applications that will benefit from the improved 3D sensing performance such as mobile devices, automotive LiDAR, and machine vision.

In contrast to existing 3D sensors, which typically operate at 850nm or 940nm, the new sensor from Artilux can effectively cover the range from 850nm to 1550nm. By utilizing this capability, the new Explore Series sensor substantially reduces the potential risk of eye damage, since longer NIR wavelength radiation causes less or even no harm to the retina.

According to the most recent findings, the power of the laser can safely be at least 10 times greater at 1200-1400nm than at 940nm, which improves performance without compromising on safety for long range and highly accurate 3D imaging; it also means that the safe minimum distance of the laser from the eye can be further reduced to sub-centimeter, following the international standards IEC 60825-1:2007 and IEC 60825-1:2014.

The use of longer NIR wavelengths also minimizes interference from sunlight and enables better performance in outdoor environments. All the breakthroughs are brought about by a new GeSi technology platform developed by Artilux in cooperation with TSMC, enabling it to be the first CMOS-based ToF solution to work with light wavelengths up to 1.55µm.

A paper that addresses the sensor design based on a GeSi platform has recently been accepted by ISSCC (International Solid-State Circuits Conference) 2020, the foremost global forum in solid-state circuits and systems-on-a-chip.

CES is held at the Las Vegas Convention and World Trade Center (LVCC) and will run from January 7 to January 10, 2020.

Artilux is a deep tech company that focuses on pioneering advanced photonic technology for wide spectrum 3D sensing and communication. With the fundamental technology breakthrough and collaboration with TSMC, Artilux has not only developed a unique wide spectrum 3D image sensor that acts as a new gateway to many perception AI applications, but also provides a comprehensive and cost-effective solution in the field of high-speed optical communications. Artilux aims to be a vanguard for future technology evolution in mobile, autonomous driving, industry 4.0 and many more.
18/12 2019
Produktlinks
Find din leverandør: