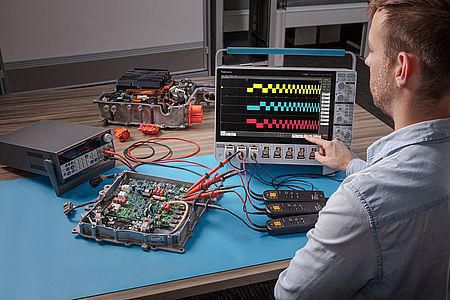 Tektronix has announced the launch of its newest version of the award-winning 5 Series mixed-signal oscilloscope (MSO). With numerous enhancements, the 5 Series MSO delivers even more versatility while continuing to provide high-fidelity waveforms, unique spectrum analysis capabilities and flexible signal access appreciated by engineers around the world.

Built on the performance and integrity that engineers rely on with the original 5 Series MSO, the B version includes customer-centric updates led by a new auxiliary trigger input that lets users synchronize the oscilloscope to an external signal without consuming any of the 4, 6, or 8 full-capability input channels.

For the optional, built-in arbitrary/function generator, the maximum frequency output increases from 50 MHz to a best-in-class 100 MHz, enabling higher frequency stimulus for measurements such as Bode plots and impedance measurements. These new capabilities are invaluable for making fast, thorough checks of power integrity on power distribution networks.

To serve the needs of engineers working and collaborating outside the lab, the new 5 Series B MSO works with new tools for offline analysis and cloud data storage. TekScope PC software enables analysis of oscilloscope waveform data anywhere, without tying up the oscilloscope. Controls are built into the scope to enable saving to TekDrive cloud storage with a single button press. Users can easily save waveform data to the cloud, allowing teams to work and collaborate almost anywhere in the world.

- Setting up our 5 Series MSO has been really intuitive, says Wyatt Callister, Associate Test Engineer, Product Support Development at Schweitzer Engineering Laboratories.
- Digging through the menus on older oscilloscopes can be quite a headache, but the nice, large, informative buttons on this new scope have been really useful. I appreciate Tektronix’s ongoing developments and the improved features they just released.

A faster processor makes controls even more responsive and will support additional, more complex measurement analysis in the future

- We’re excited to offer the latest update to one of our most innovative products, says Suchi Srinivasan, Product Line General Manager at Tektronix.
- The new 5 Series B offers users intuitive operations with advanced measurements that teams can use almost anywhere with our TekDrive cloud.

The B version updates the original 5 Series MSO, which was launched in 2017 and was well-received by engineers for its big display and thoughtful integration of a pinch, drag, and swipe touchscreen user interface.

Both the original 5 Series and the new 5 Series B ship with low-loading passive probes with bandwidth up to 1 GHz, also offers support for a wide range of probes, such as power rail and optically isolated probes like the IsoVu isolated probe, eliminating common-mode interference using optical isolation.

Since the release of the original 5 Series, Tek has released 16 firmware updates, each of which has added new capabilities that collectively deepen the instrument’s solution coverage measurement applications in areas like serial protocol decoding, motor drive analysis, and RF spectrum analysis.
13/1 2022
Produktlinks
Find din leverandør: 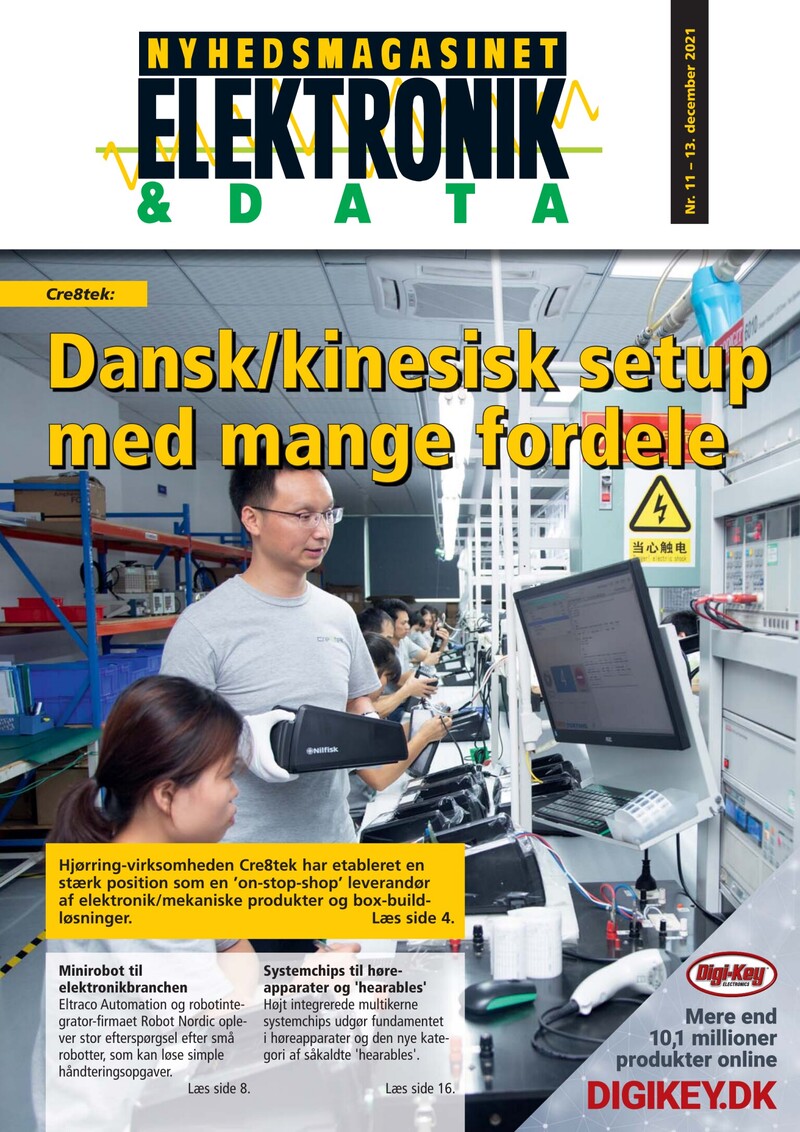