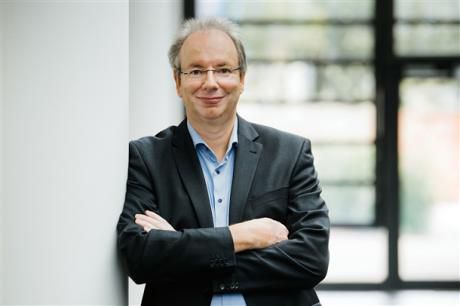 Now it is official: More than 15 years after the last addition to the spectrum, the EU har just announced the release of 500 MHz in the lower 6-GHzband for license-free use with Wi-Fi. Publication in the Official Journal (OFEU) paves the way for gigabit Wi-Fi in Europe.

And yet this can only be the beginning, says LANCOM founder and managing director Ralf Koenzen:

- Today is a good day for Europe's digital future. With the release of the lower 6-GHz band and the extra 500 MHz of spectrum this brings, the EU is laying the foundation for ultra-fast Wi-Fi as a key technology on our way to a wireless gigabit society. As a European Wi-Fi manufacturer, we have accompanied the political decision-making process from the very beginning and we would like to thank the EU and everyone involved in this historic step.

The additional frequency block (5925–6425 MHz) doubles the spectrum that was available in Europe so far and means an immense performance boost for the latest technology standard Wi-Fi 6: Marketed under the name Wi-Fi 6E (Enhanced), Wi-Fi now equals the cellular standard 5G in terms of latency.

- This gives us completely new application scenarios for real-time applications such as augmented and virtual reality. Even in environments with high user densities, such as at schools, lecture halls or football stadiums, users can in future look forward to surfing at gigabit speeds. At LANCOM, we are planning to launch our first Wi-Fi 6E enterprise solutions in the autumn, explains Ralf Koenzen.

But despite the euphoria: To unlock the full potential of Wi-Fi and keep pace in global terms, the lower part of the 6-GHz band can only be a milestone. Numerous countries, including leading economies such as the USA, South Korea and many countries in Central and South America, have shown the way and released the entire band of 1,200 MHz for Wi-Fi (5925–7125 MHz). Australia, Japan and Canada are to follow soon.

- Europe has to match this. After all, development does not stand still. Multi-gigabit applications such as immersive video or real-time holograms are already showing where the journey is headed. Studies estimate theglobal value added from Wi-Fi to be US$ 5 trillion in 2025. Hand-in-hand with the exponential increase in wireless network devices. The only way that cellular communications and Wi-Fi can cope with this flood of data is to work in tandem. The necessary prerequisites for this are the complete opening of the 6-GHz band for Wi-Fi and the widest possible regulatory harmonization, says Ralf Koenzen.

A graphic representation of the Wi-Fi frequency ranges available in Europe, as well as a technical white paper illustrating the benefits of Wi-Fi 6E, are available via a dedicated LANCOM download area. An overview of countries using Wi-Fi 6E or planning to use the 6-GHz band for Wi-Fi is available here: https://www.wi-fi.org/countries-enabling-wi-fi-6e