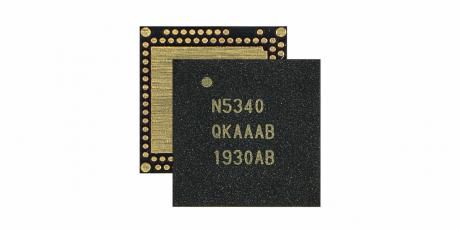 Nordic Semiconductor will reach a major new commercial milestone in early October this year, having shipped more than one billionArm Cortex-M based ultra-low power wireless SoCs in just eight years.

Nordic's first Arm Cortex-M based SoC was launched in 2012 with the introduction of Nordic's nRF51 Series. Since then, each successive ultra-low power Nordic SoC has included an Arm Cortex-M processor, allowing Nordic chips to support every major ultra-low power wireless standard including Bluetooth , Thread, Zigbee, ANT, 2.4GHz proprietary, and NFC wireless technologies from a single chip.

Nordic's collaboration with Arm has proven so popular with Nordic's customers that Nordic chose to include a powerful Arm Cortex-M processor in its second game-changing product line introduced in 2019: the nRF91 Series of multi-protocol (LTE-M and NB-IoT) cellular IoT Systems-in-Package (SiPs).

The nRF91 is significantly smaller, lower power, and more secure than any other competing cellular IoT module launched to date. It has a host of unique IoT-targeted features, it is module-certified for global networks and is dramatically easier to design in.

- Nordic Semiconductor expanded the application-range of Bluetooth by abstracting away from the designer all unnecessary technical complexity, comments Nordic CEO, Svenn-Tore Larsen.

- And the pre-certified, ready-to-drop-in LTE-M/NB-IoT nRF91 SiP promises to do the same for cellular IoT. An extremely important part of us achieving that is our on-going, long-term partnership with Arm.

- Nordic has proven to be a leading innovator in embedded intelligence running on Arm technology; from its first Cortex-M Bluetooth SoC, which led to a step-change in single-chip battery-powered solutions, through to its current generation of advanced products, adds Simon Segars, CEO of Arm.
- The first billion Arm-based SoCs from Nordic forms a significant part of the foundation of a more secure and connected future that will continue to grow as technology revolutionizes how we interact and communicate with the world around us.