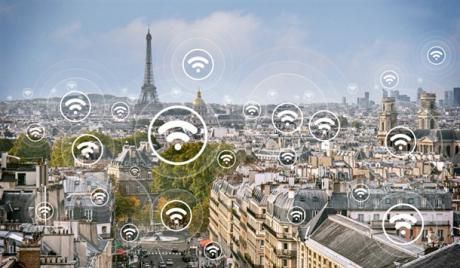 The U.S. regulatory authority FCC (Federal Communications Commission) unanimously decided late April to open the 6GHz band for unlicensed Wi-Fi use. With around 1,200 megahertz of additional spectrum, five times the frequency spectrum will be available for data transmission via Wi-Fi in the USA in the future.

According to Ralf Koenzen, the founder of LANCOM Systems this is a clear commitment to Wi-Fi as a key technology for innovation and digital participation - and stakes out a policy course that can serve as a template for Europe.

- The decision by the U.S. regulatory authority FCC is a milestone for the future of Wi-Fi technology. The opening of the 6GHz band underscores the importance of license-free wireless technologies for consumers and business. In contrast to license-based cellular radio, data traffic via Wi-Fi is free of charge for users. The surge in Wi-Fi spectrum by around 1,200 MHz (5925-7125 MHz) within the 6GHz band that has now been approved in the U.S. is a clear commitment to Wi-Fi as a key technology for innovation and digital participation, which we also need in Europe, Ralf Koenzen says, and he continues:

- Especially now in times of the Corona crisis, we are witnessing every day how Wi-Fi is helping to keep our everyday lives up and running in many areas: From learning and working at a distance to virtual visits to the doctor, none of this is conceivable without Wi-Fi. What it takes for all this to happen is bandwidth - especially in view of the exponential growth of end devices and data-intensive applications.

- With the additional spectrum, the USA is giving the current Wi-Fi standard Wi-Fi 6 an immense boost in performance: Wi-Fi 6E (Enhanced), as it is officially called, puts Wi-Fi on a par with the mobile radio standard 5G in terms of transmission rates and latency times. Completely new application scenarios will mushroom out of this - for example in real-time applications such as virtual reality. Consumers benefit from gigabit Wi-Fi in environments with high user density - take lecture halls or football stadiums, for instance.

The ball now in Europe's court

In short, Wi-Fi 6E is a historic step towards the wireless gigabit society. The USA has led the way. Now Europe must follow suit to ensure that consumers and business can reap the benefits of Wi-Fi 6E as soon as possible.

Although the coordination process in Europe is inherently more complex, the launch could take place as early as spring 2021. The relevant institutions and agencies are working flat out to clarify the final details. At around 500 megahertz (5925-6425 MHz), the planned additional spectrum will be less abundant than in the USA. Nevertheless, this sends out a signal pointing toward the future. Especially given the fact that the last expansion of unlicensed spectrum for Wi-Fi lies more than 15 years back in time.

Visit the LANCOM Systems tech blog LANCOMWIRE for a more comprehensive commentary by Ralf Koenzen on the FCC decision.