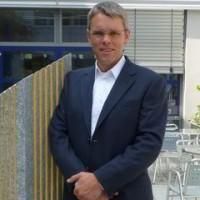 The summer quarter of 2019 provided a significant decline in sales for the European components distribution market. According to DMASS Ltd., sales in the European Semiconductor Distribution Market fell 8.9% to 2.11 Billion Euro. The first nine months of 2019 still benefitted from a stronger first half and “only” declined by 0.5% to 6.93 Billion Euro.

Georg Steinberger, chairman of DMASS:
- A slowdown in customer bookings throughout the year now materialised in a not surprising revenue decline. It is a mix of factors that is driving the slowdown – external and internal – and most of them will accompany us for a while. There is more caution and scepticism in the market than necessary, as we think that the opportunities for technology are still great. We expect the market to return during 2020.

- No big change to previous quarters. Countries with a huge share of contract manufacturing continue to grow or at least maintain their momentum, while OEM-driven markets experience a bigger slowdown or lose more business specifically to Eastern Europe, which has a strong contract manufacturing base. The most surprising aspect of this quarter is the resilience of the UK against the current Brexit frenzy, says Georg Steinberger

- The quarterly view does not really allow much insight as the situation is different in almost every country. Over the first 9 months however, we see that some areas are over-proportionally weak – like Discretes, Opto, MOS Micro, Standard Logic and Programmable Logic, while Analog, Memory and Power hold up nicely. What is hard to estimate is the impact of suppliers taking business from distribution direct. We know that areas like Analog, Programmable Logic or MOS Micro are affected by it and will be more so in the future, says Georg Steinberger.

2019 almost done and most probably finishing slightly negative, the question is what 2020 will bring. Georg Steinberger concludes:
- We believe that we will see more disruptive innovation in the next few years and more opportunities for distribution.

DMASS, a European non-profit organisation, is the only industry body that collates detailed semiconductor distribution market data on a quarterly basis by country and product groups such as microcontrollers, flash memories, analog components and many more. DMASS figures are collected and consolidated by Data Dynamics Ltd.

DMASS, founded in 1989, provides its members with a reliable statistical tool to evaluate their relative mass-market performance. The organisation consists of 34 active members in 2019 and represents between 80% and 85% of the total European distribution market, depending on the regions. To continuously increase its European market coverage, DMASS welcomes new membership applications from distributors and semiconductor manufacturers.