Lynred, a leading global provider of high-quality infrared (IR) detectors, and Umicore, a leading circular materials technology company, has announced the co-development of a next-generation thermal sensing technology which will drastically improve the performance of PAEB (Pedestrian Autonomous Emergency Braking) in adverse lighting conditions at an affordable cost.

Every year, approximately 1.3 million people die as a result of road traffic crashes. More than half are vulnerable road users (pedestrians, motorcyclists, cyclists, etc.) with roughly 75% of these fatalities occurring where visibility is poor. An AAA study revealed that current PAEB systems perform inconsistently and have been shown to be inadequate at night. Increasingly, insurers and rating agencies are advocating for rulemaking to equip passenger vehicles with PAEB systems that work well in the dark.

- Protecting pedestrians in poor visibility conditions makes a strong case for thermal imaging, which is well-established for being efficient in the majority of degraded visibility scenarios (at night, during bad weather, in fog or in sun glare), as it can detect and identify objects at greater distances and with more accuracy, explains Sebastien Tinnes, global market leader at Lynred.
- We are delighted to have collaborated with Umicore, a long-time partner, on this exciting project to link together sensors and optics, the two most critical parts of a thermal sensing system, and therefore optimize the capabilities and performance of next-generation PAEB systems.

The co-development of the thermal sensing technology for improving next-generation PAEB systems, which consists of a new 8.5µm pixel pitch microbolometer designed by Lynred and Umicore’s wafer-level lens technologies, received funding under the European HELIAUS project.

In conjunction with other HELIAUS partners, the capabilities of this latest concept in thermal technology for in-cabin and out-of-cabin applications will be demonstrated at AutoSens, a conference dedicated to automotive safety systems, taking place in Brussels, Belgium, September 12 – 15. The thermal sensing solution, notably providing additional information vital for autonomous driving, will be installed in a car equipped, internally and externally, with thermal cameras.

- Thanks to the fruitful collaboration with Lynred’s sensor development team and the other HELIAUS partners, Umicore was able to further refine and incorporate its unique Tessella chalcogenide wafer level optics technology into a groundbreaking, affordable and large volume thermal camera solution which will bring much needed performance improvements to current PAEB systems, says Mikael Frenkian, business line manager IR solutions at Umicore.

Lynred and Umicore, who have previously collaborated on projects to promote and develop infrared technologies, began working on the HELIAUS project in 2018, along with 11 partners from four countries. During AutoSens, Lynred and Umicore will join fellow partners at booth #30.

Lynred will also make a presentation during the event with the title: ‘Thermal imaging to reduce pedestrian fatalities: a case study for AEB’ on Tuesday, September 13, 2022, at 12:20pm.

Umicore is a leading circular materials technology company with extensive expertise in the fields of material science, chemistry and metallurgy. Its overriding goal of sustainable value creation is based on the ambition to develop, produce and recycle materials in a way that fulfils our mission: 'materials for a better life.' This is why it is now more than ever determined to leverage its unique position and mutually reinforcing portfolio of activities to accelerate the global transformation of mobility, respond to the growing need for advanced materials, and contribute to the pursuit of a global circular economy. The company employs 11,000+ staff, globally. It has 46 production sites and 15 R&D/technical centers.

Lynred and its subsidiaries, Lynred USA and Lynred Asia-Pacific, are global leaders in designing and manufacturing high quality infrared technologies for aerospace, defense and commercial markets. It has a vast portfolio of infrared detectors that covers the entire electromagnetic spectrum from near to very far infrared. The Group’s products are at the center of multiple military programs and applications. Its IR detectors are the key component of many top brands in commercial thermal imaging equipment sold across Europe, Asia and North America. Lynred is the leading European manufacturer for IR detectors deployed in space.
9/9 2022
Produktlinks
Find din leverandør: 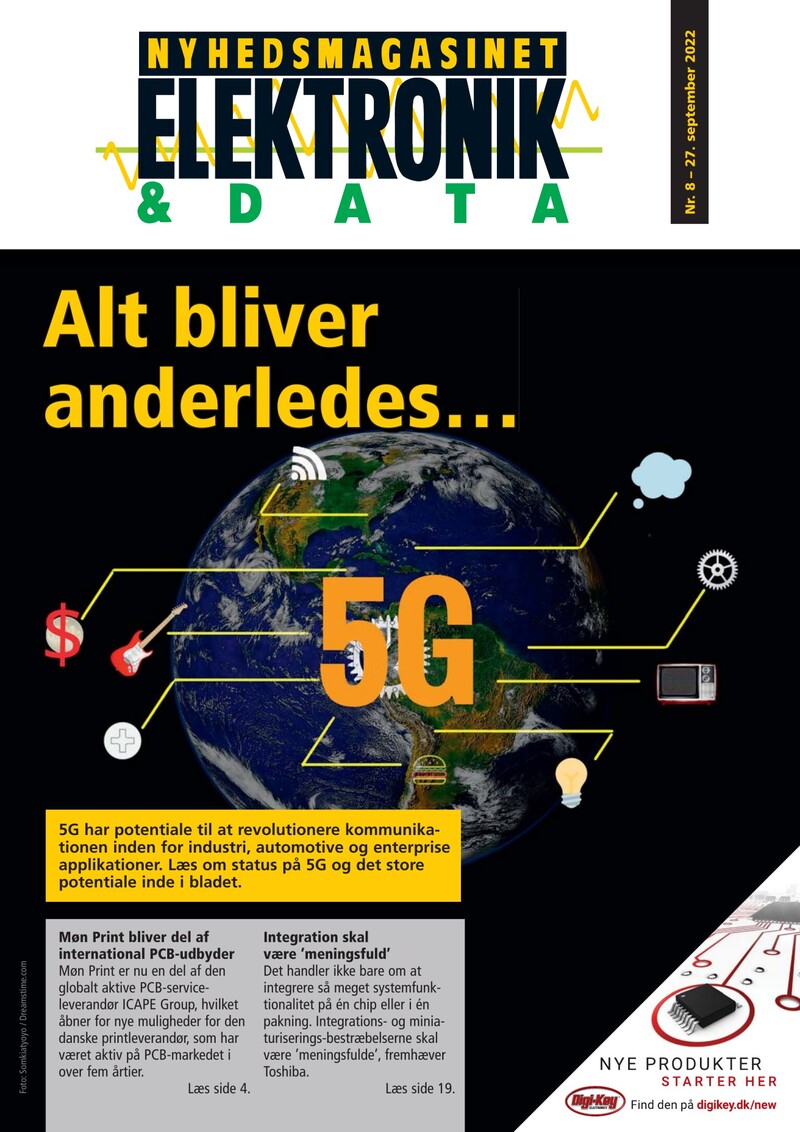